Earlier this week, a legislation banning sanctuary cities throughout the state has been signed by Montana Governor.

Montana Republican Gov. Greg Gianforte said in a statement “We are a nation of laws, and immigration laws will be enforced in Montana.”

This new bill will make the state and local law enforcement to follow federal immigration law; this will also empower the state’s attorney general to generate civil action against jurisdictions that do not comply, including fines and withholding state grant funds.

This is a symbolic act since Montana does not have any sanctuary cities, though it is representative of state GOP executives pushing back as President Joe Biden and a Democratic Congress continue to push progressive reforms. Former Montana Gov. Steve Bullock, a Democrat, vetoed similar legislation in 2019.

Supporters of the measure have said that sanctuary cities in other parts of the country have led to increased criminal activity, and that the Montana ban is necessary to preempt such problems. Opponents have said the measure will foster distrust of law enforcement at a time of greater tension between police and communities of color.

“We are a nation of laws, and immigration laws will be enforced in Montana,” Gianforte said in a statement, according to The Associated Press.

The bill bars state and local police from refusing to comply with federal law or work with Immigration and Customs Officials to apprehend and deport illegal immigrants. The law also grants authority to Montana’s attorney general to pursue legal action against cities and localities that do not comply.

“This is about the rule of law,” DeSantis said at a signing ceremony for the legislation at the time. “It’s also about public safety.”

Sanctuary city policies have led to city officials at times protecting violent criminals from federal authorities, helping those criminals avoid deportation and giving them the chance to commit more violent acts. Such a case appeared to unfold in Chicago in February when a convicted felon allegedly sexually assaulted a toddler. As The Daily Wire reported:

Chicago Mayor Lori Lightfoot is on the defensive this weekend after Immigrations and Customs Enforcement announced that a convicted felon, now facing charges of sexually assaulting a toddler in a downtown Chicago McDonalds bathroom, was supposed to have been turned over to ICE and deported — and had been deported before. 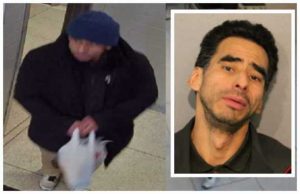 Because Chicago is a so-called “Sanctuary City” and has lenient bail policies, Puente was released back into the community.

Puente is now charged with raping a 3-year-old girl in the bathroom of Chicago’s landmark “Rock & Roll McDonalds,” a major tourist destination just north of the city’s downtown, and just west of its “Magnificent Mile” shopping district. Puente allegedly lured the girl away from her father, who was attending to the girl’s brother inside a bathroom stall. Puente, police say, dragged the girl into his stall, locked the door, molested and assaulted her. The girl’s father, alerted by her screams, rescued her, but could not catch Puente, CPD says, who bolted from the bathroom and out the door of the McDonalds, into the street.

It can be remembered that former President Donald Trump implemented a policy to restrict sanctuary cities’ access to federal funds until local officials begin to comply with ICE requests, before losing election in November. And now the current administration has rolled back the policy and requested that legal challenges to it be dropped.