However, predictably, the Liberal Media went crazy, stating this is an affront to everything everyone holds dear.

GIVE ME A BREAK.

Here’s one example about Preet Bharara from CNN:

Preet Bharara is known for his fierce pursuit of insider trading and corruption cases. Now, he's out. https://t.co/8qDzYrg8qf pic.twitter.com/PQ90yOSz62

The problem is: Firing U.S. Attorneys is a terribly NORMAL move.

Every President does it.

But because libs have such short (and selective) memories, here’s a a short video report outlineing the moment Bill Clinton told Janet Reno to fire all 93 U.S. Attorneys in one day (via Cernovich): 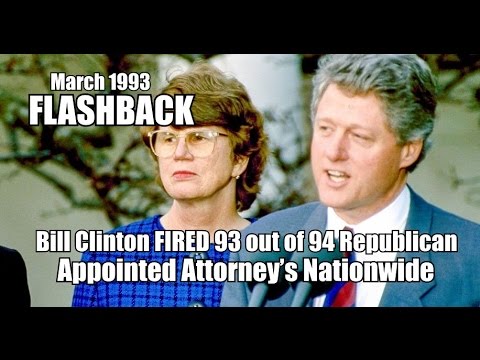 See the pure excitement on their faces?

Just to prove our point, here’s the letter they sent to Jeff Sessions, who was then a U.S. Attorney:

SO STOP CRYING BHARARA: This is the letter Sessions got when he was booted by the incoming Clinton administration pic.twitter.com/XPqfMYpNdn

But now the tables have rotated, and Sessions is on the other side.

More proof of utter hypocrisy from left side.

Here’s what Mike Huckabee had to say: