Being a freelance photographer, a sadistic pedophile used that opportunity to abuse and molest young children.

A British man jailed for numerous sex crimes against Malaysian children has been found stabbed to death in prison.

Richard Huckle had been serving 22 life sentences for the abuse of nearly 200 children between the ages of six months and 12 years when was allegedly killed “in cold blood” by Paul Fitzgerald.

“Britain’s most evil pedophile Richard Huckle who abused 200 children ‘was strangled with a bandage and stabbed with homemade knife’ when he was killed in prison and knifed to death in his cell with a makeshift ‘shiv’ knife.

He was first strangled before being stabbed with the weapon, made from a toothbrush. The police are preparing to launch a murder probe with inmate suspect held in isolation.

Richard Huckle, 33, ‘Gap Year’ pedophile given 22 life sentences for abusing babies and children and posed as devout Christian and English teacher to win trust and work abroad where he abused up to 200 children in south-east Asia, calling victims his ‘loyal dogs’ 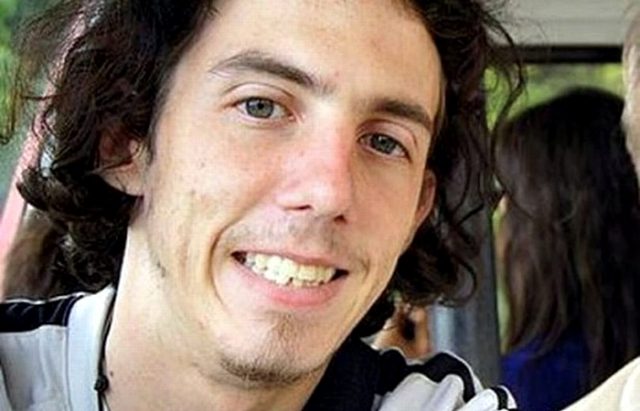 Hull Live also reported that Huckle was found dead in a pool of blood in his cell after being stabbed to death in a gruesome murder. Officers say that Huckle’s body was “slumped” over in his top-floor cell at the prison. He was reportedly killed by a fellow inmate who had fashioned a “shiv” out of a toothbrush.

The National Crimes Agency detectives have arrested Huckle after arriving home to visit his family for Christmas where he took that time to confess his crimes to his parents who reported him to the police and begged them to take him away.

“In online posts, Huckle bragged, “Impoverished kids are much easier to seduce than middle-class Western kids.” Commenting on one of his victims, he boasted, “I’d hit the jackpot, a 3yo girl as loyal to me as my dog and nobody seemed to care.”

Police find Paul Fitzgerald, a 29-year-old inmate who allegedly been suspected to have stabbed Huckle was also jailed for sex attacks on a female dog-walker, a 15-year-old girl, and an elderly woman. He even bragged in his journal, “I love raping women,” adding that “even if I was going to re-offend, they couldn’t stop me.”

These sick persons deserve more of what they got.