On Tuesday, a Texas man has been arrested after police discovered human remains in his kitchen which they believe belong to his son who died almost four years.

The force said it received a call requesting a welfare check for a man living in the 1200 block of South Merrill in New Boston, Texas. During a welfare check, police discovered David McMichael, 67, held on to his son’s remains after he died in May 2018. 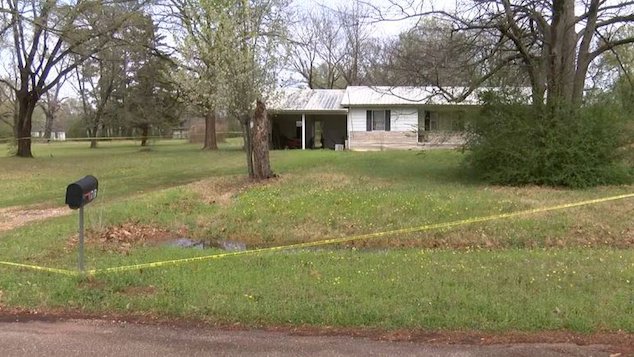 The New Boston, Texas home of David McMichael where the father’s son’s corpse was discovered. Image via screengrab.

On Wednesday, in a statement posted on Facebook, the New Boston Police Department said that McMichael was charged with the abuse of a corpse.

Officers from New Boston, roughly 20 miles west of Texarkana, were summoned to McMichael’s residence for a welfare check, according to the Dallas Morning News. When authorities arrived at the home on Tuesday, March 29, they questioned McMichael about why he was there, and he “advised them it was because he had a body in his kitchen.”

He told officers it belonged to his son, who passed away in May 2018.

Police found the skeletal remains of a man in the kitchen and sent them to a facility in Dallas for further examination. It’s not clear how he died or how long his remains were in the home. The remains were determined they may be of Jason McMichael.

McMichael is being held in the Bowie County jail. His bail had not been set as of the evening of Wednesday, March 30, and it was unclear whether he has an attorney.

“We should know hopefully know what happened in the next couple of weeks,” said public affairs officer Katie Jimenez.

“There is a chance he could be bonded out.”