Upscale restaurant Louisville, Kentucky were targeted with BLM and/or Antifa goons this evening.

They were just having a nice dining when suddenly these BLM and/or Antifa goons terrorized and taunted them like, ‘Come on, Let’s go!” 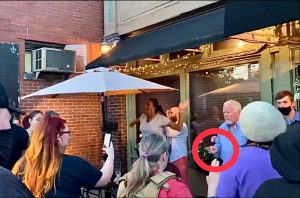 As seen in the video, the man in the blue shirt looks like he just pulled a pistol out of his pocket! 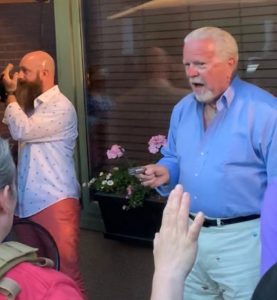 On the other side, at least one of the BLM-Antifa protesters was armed, too! 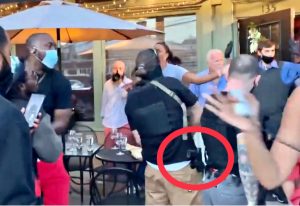 Some tweets are coming out of Kentucky tonight indicating BLM and Antifa are in full force again. It’s spring so the rioters are gonna riot. Noticeably none were wearing Trump hats.

What was amazing was the patrons of the restaurant were having none of it with at least one saying to the goons something like, ‘Come On, Let’s Go’.

Confrontation between patrons at La Chasse and protesters. pic.twitter.com/iUFKA9zWvY

Fortunately for the BLM/Antifa goons, they backed away and then walked right by the police. We are unaware of any arrests being made.