Numerous dads intervened to help after a week of bloody fighting broke out in a Louisiana high school, and as a result, 23 students were taken into custody in just three days.

Parents and school officials at Southwood High School were at their wits’ end because of the entire student fighting. At that point, Dads on Duty was founded by a group of roughly 40 fathers. The club takes turns welcoming students to school each morning and serves as a source of inspiration and connection for those who are having a hard time.

“I immediately felt a form of safety. We stopped fighting; people started going to class,” one of the students said. 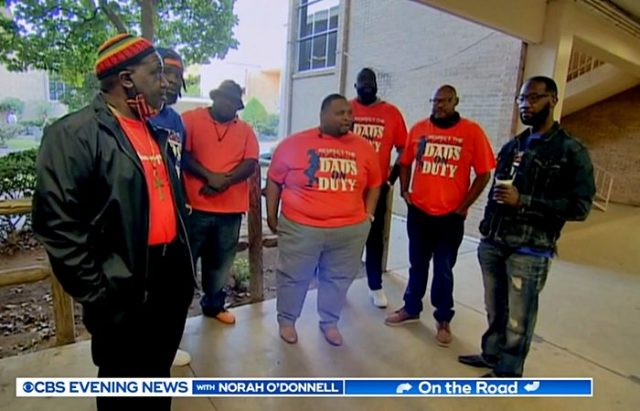 A group of around 40 fathers came together to create Dads on Duty, patrolling the halls of Southwood High School.

While describing a “power” they claimed all dads have, one student asked, “You ever heard of ‘a look?’”

There hasn’t been a single incident of violence since the group began monitoring the school. Although the watchful presence isn’t the only aspect that’s causing the cultural shift, the students agree that the initiative is working.

The most important aspect of their work is simple yet significant youth engagement.

Michael LaFitte, who started Dads on Duty, said, “We’re dads. We decided the best people who can take care of our kids are who? Are us.” 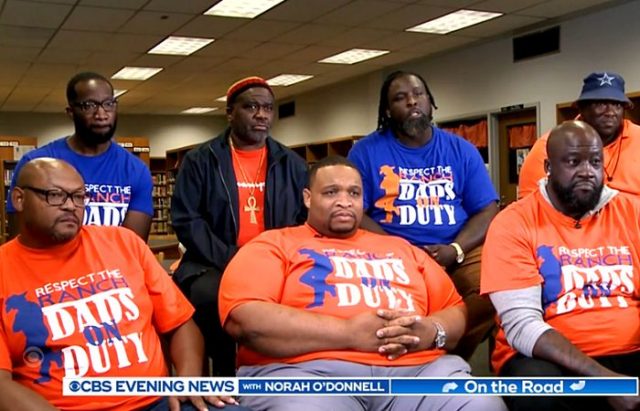 Since Michael LaFitte (front-center) started the group, there hasn’t been a single violent incident at the school.

They aren’t doing anything out of the ordinary and don’t have backgrounds in counseling. They are simply showing up, telling some bad dad jokes, and creating a positive environment for all students so they can concentrate on learning; while certainly tasked with keeping the peace at Southwood High School.

A student commented, “They just make funny jokes like, ‘Oh, hey, your shoe is untied,’ but it’s really not untied.”

LaFitte said of the students, “They hate it! They’re so embarrassed by it.” 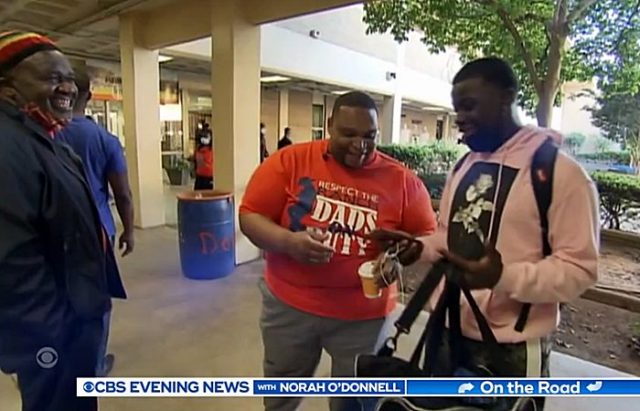 The fathers are aware that their presence is having a much greater impact on these students, although the group was created in order to act as a deterrent to fighting.

The dads said, “Because not everybody has a father figure at home – or a male, period, in their life. So just to be here makes a big difference.”

One student said, “The school has just been happy — and you can feel it.” 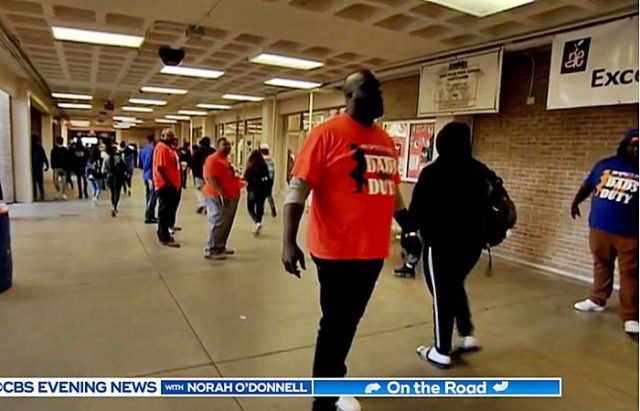 Dads on Duty has been so effective that the group not only intends to continue supporting the Southwood youngsters but also wants to launch additional chapters around the nation, first in their home state of Louisiana.

Students can actually feel the selflessness and compassion displayed in this deed, which embodies the proverb “it takes a village.” Hearing about something taking place in your neighborhood is one thing; taking action to change it is quite another. The school is better because Dads on Duty put their words into practice.

Watch the video below for more details: