Liberal America doesn’t see the reality behind Democratic loss– they see is red when confronted with the truth that Donald Trump is President.

With all the division between racial groups and political parties, one can’t help but beg the question, why? Why are democrats so hell bent on causing disruption and destruction no matter how much of a compromise republicans offer? Could a bruised ego from losing to billionaire businessman really be the only cause for commotion?

Apparently, that answer would be a resounding…… ‘YES.’

Recently a report by John Karl of ABC News shows that the American people believe that the Democratic loss to Donald Trump is the only cause for the tension spreading throughout the country.

Jon Karl of ABC News announced the findings of a new poll this weekend. A majority of Americans think the Democrats don’t stand for anything except being against Trump.

ABC News’ Jonathan Karl says new ABC News/Washington Post poll shows majority of the country believes that “Democrats stand for nothing more than opposing” Donald J. Trump. “That’s a problem for Democrats…they have to stand for something beyond simply opposing the president.”

The New York Post has more on the Democrats’ lack of ideas:

What’s the alternative to the ban from the left? What’s the plan to stop terrorist attacks? Literally nothing.

Every time there’s a deadly attack, liberals rush to downplay the dead bodies as just a regular part of life and not take any action lest we radicalize more terrorists. After the Boston Marathon bombing in 2013, then-President Barack Obama said that we “refuse to be terrorized.” After the November 2015 terrorist attacks in France, the deadliest day of violence in France since World War II, Mayor Bill de Blasio said “terrorists can’t succeed if we refuse to be terrorized.” 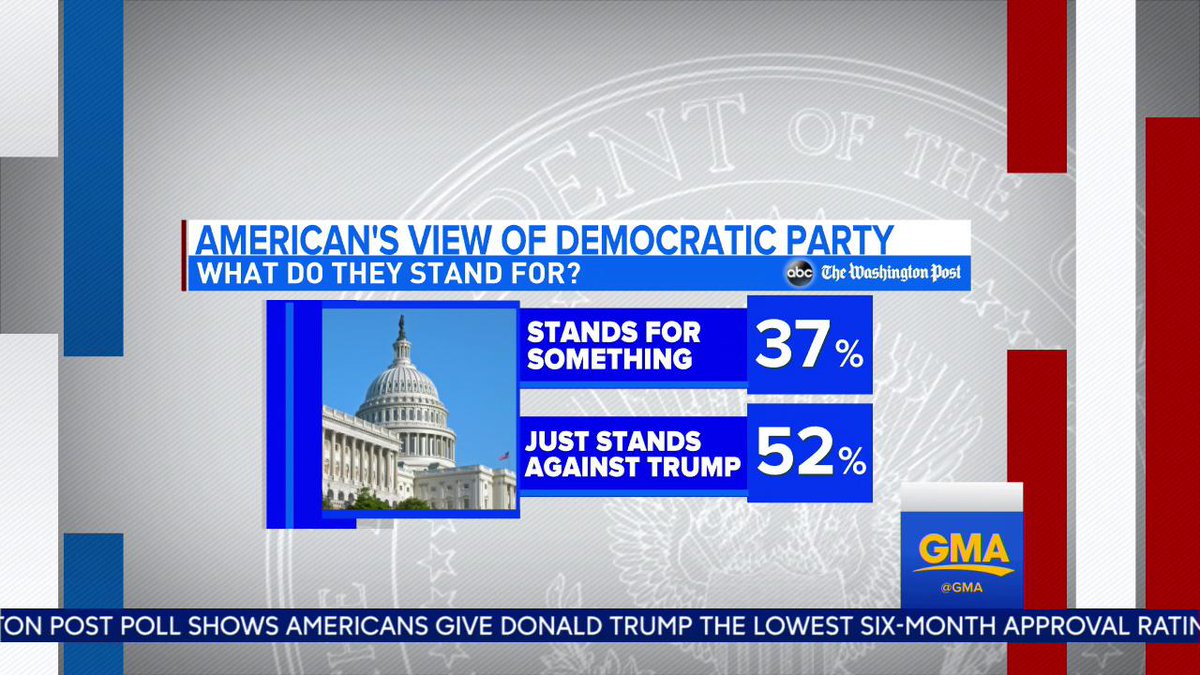