Kathy Griffin will never live down her disastrous decision to joke about be heading the President.

James Woods is a Conservative celebrity who had a few choice words he tweeted in regards to the whole Griffin incident. In wake of the picture Kath Griffin was dropped by CNN and has had upcoming shows canceled left and right. Griffin’s cohost Anderson Cooper also decided to drop her which has her fuming over his disloyalty.

Griffin just doesn’t seem to understand that the only person to blame is herself and the act was so deplorable that no one wants to be associated with that kind of behavior.

Via Joe For America:

Never one to miss out on a chance to get a good burn in on liberal America, conservative celebrity and actor James Woods absolutely skewered Griffin on her remarks regarding CNN’s severing ties with her over her infamous Trump pic.

He called the liberals in question “rats.”

Kathy Griffin feels ‘betrayed’ by Anderson Cooper after firing // #Rats devouring each other..
Only a #liberal could hold up a person’s severed head and blame that person for their failures.

Kathy Griffin is done in every aspect of the lame career she once had.

While Kathy Griffin continues her sympathy crusade after weathering a storm of criticism for her terrible Trump severed-head photo, sources say she’s seething about how Anderson Cooper dropped her…

Only a #liberal could hold up a person’s severed head and blame that person for their failures.

Woods is totally accurate, when speaking about Kathy Griffin. She just doesn’t get why her actions are so bad. She still believes that SHE is the victim. Talk about INSANITY! 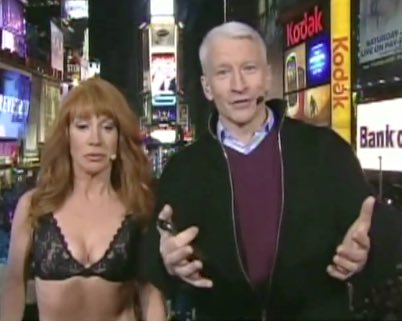 See what I mean….you have to love @RealJamesWoods on Twitter. His humor and remarks are just so accurate!!! If you are not following him…you are missing out.

Many conservatives enjoy Woods comments on Twitter.  In regards to Bill Maher and the N-word, Woods posts:

What would happen if, say, #SeanHannity used the exact same words that #BillMaher spewed recently? #HBOCrickets

That’s right! The MSM would have skinned Sean Hannity alive if he was Bill Maher. There’s no way he would be still allowed to host a show, but that’s the MSM for you!

The fact is, there should be consequences for showing an image of yourself holding a bloodied and severed head of the President of the United States. But in fact, the liberals are such whiny babies, that when they are called out by Americans for doing something as stupid and horrific as Griffin did, they quickly flip the situation to “oh woe is me”.

I think this response to @RealJamesWoods tweet pretty much sums it up:

@RealJamesWoods Only a liberal could get away with bullying and threatening someone and then cry victim-hood when THEIR victim calls them on their shit.

@RealJamesWoods Kathy engineered her own demise.

It’s funny how liberals devour their own, isn’t it? Anderson Cooper totally bailed on Kathy Griffin. That should tell you a lot about liberals.

Kathy Griffin, in the end has brought it all on HERSELF. If her career is at it’s end – SHE’S the ONLY one to blame! Not anyone else!

Again, if you are on Twitter and not following @RealJamesWoods you are really missing out on some great daily humor! Thanks James – for keepin’ it real! It’s nice to know there are still a few Conservatives in Hollywood like you!