Whenever you have relatives over to your house, especially young ones, it is almost an unspoken agreement that you are going to be paying for something.

It’s just one of those things that everyone kind of accepts. For example, when I was in my teens I spent a summer at my aunt’s one time across the country. My mom sent her a couple hundred dollars ahead of time to help with things that I wanted to do.

I know for sure that money was probably spent the first three weeks I was there. My aunt never said one single thing to my mom about it, because there are certain things that family does not do.

Then again, you get these petty members of the family that will remind you of everything that they did for you as if they were keeping a ledger this whole time.

Often there is no one better to watch a child – besides their own parents, of course – than the grandparents.

Not only do grandparents get to do all the fun stuff with the little one, without all the annoying responsibilities of parenthood, but they also get to watch their legacy in action.

Every time a grandparent gets a hug or a kiss or a few minutes of time from their grandchild, they can rest assured knowing that they did make a difference in the world even if it just this one life or family.

While grandparents are often eager to spend time with their grandchildren, one granny decided to teach mom a lesson after she spent a lovely afternoon with the child. In a question to Ask Amy, the scorned mother, who wrote the letter under the pen name Burned by Grandma, reveals that grandma left mom with an itemized bill following the visit with the grandchild. 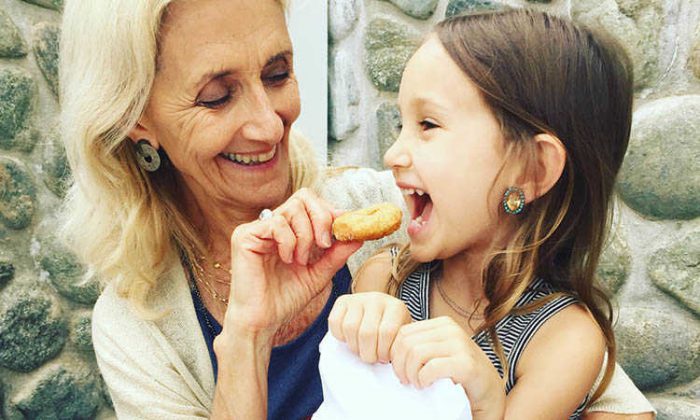 That’s right. Grandma sent mom an itemized invoice for $475.50. The items that she charged back to the little girl’s parent, including gas and various tickets to go to the museum and other fun activities while they were spending time together.

Some of the charges included: “the cost of gas to and from the airport to transport her (45 minutes away), train tickets to go to the city to a museum and the cost of museum admission.”

While it was certainly an expensive visit to host the granddaughter, it is bizarre that granny would submit an invoice to get reimbursed. Why not just ask for some cash upfront so she could show her granddaughter a good time? If she was strapped for cash, communication is king.

Because she got the unexpected invoice, the writer (Burned by Grandma) is now considering not to send her child to the grandmother’s house again because the cost – “financially and emotionally” – is much too high.

Because this grandmother turned the visit into a business transaction, she had to know that it was going to ruffle feathers. If she needed financial help in order to show the grandchild a good time, she should have asked for help. Otherwise, they should have spent more time around the house, doing activities that did not cost much money – and not traveling miles and miles into the city so they could go visit an expensive museum.

To make matters even worse, the grandmother had lived with the writer for four months during the winter – and had paid nothing for the privilege.