American actress, comedian, and author Tiffany Haddish is known for her unshakable candor and sense of humor. And although she’s a pro at making people laugh, her background is anything but a joke.

As a young teenager, she spent several years in foster care and struggled to find a place where she felt at home. One of the most difficult things about being a child in the system is constantly having to pack your things inside a trash bag.

Recently, A foster care specialist supervisor for Lake County, Shanell Manuel has been feeling bad about garbage bags being used by children when they move into their new homes.

“I’ve been in this agency for 18 years. I have been taking children out of homes and moving them to other homes, and…I see those garbage bags. It’s unfortunate that we still have to do that,”

So Manuel has taken a deep breath and contacted She Ready Foundation which was founded by Tiffany Haddish to pitch an idea about these garbage bags systems. 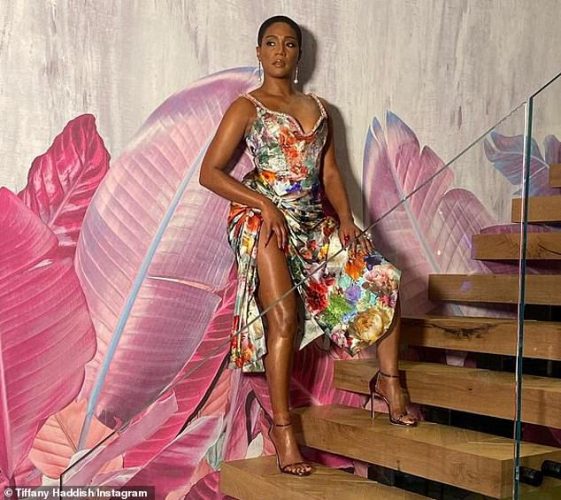 Knowingly, Haddish was victimized throughout her childhood and eventually moved into the foster care system after her mother was severely injured and had to relearn basic living skills, and was incapable of raising her children because of a car accident when Haddish was still young.

Haddish said in a statement, “I used to think she was demonized. Like, I thought, like maybe somebody else jumped inside her body, like ‘where is my mommy?’” 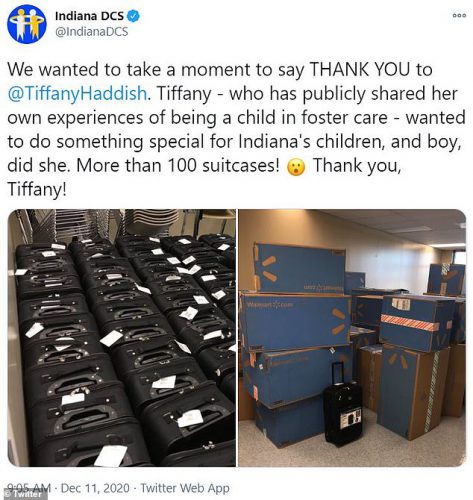 So after Manuel have contacted Tiffany’s foundation, He was responded by Haddish’s publicist and was informed to expect delivery of more than 100 suitcases in time for the Christmas holiday.

Right after the suitcases arrived, Indiana DCS has posted a picture of the amazing haul on their official Twitter account.

Ellis Dumas, Indiana Department of Child Services Regional Manager for Lake County was very happy and excited confirming Haddish’s donation was so wonderful because the suitcases would be put to good use by all the children.

Dumas said in a statement, “Often, it’s hard to buy gifts for teenagers in general. So to be able to give them something that they’re going to be tangibly using is always phenomenal and awesome — Miss Haddish made that possible, The suitcases in themselves, and who they came from Miss Haddish, Tiffany Haddish, is a sentiment to our foster children that there’s a success and support out there.”

We need more of Tiffany’s style of giving, truly a heart made of gold!