On Thursday, Texas Senate approved a bill that would prohibit social media companies with at least 100 million monthly users from blocking, banning, demonetizing or discriminating against a user based on their viewpoint or their location within Texas.

The Senate Bill 12 passed shortly after 2 a.m. on Thursday reported by The Texas Tribune. According to the Tribune, the measure now heads to the state House, where two identical bills have not moved out of their committee.

The Texas attorney general would be allowed to file suit against any company that violates a provision of the bill. If upheld in court, the attorney general could recoup “reasonable” attorney’s fees and investigative costs.

The bill was introduced at the beginning of March, authored by State Sen. Bryan Hughes and announced the approval of the legislation in a statement on Twitter.

“I think we all have to acknowledge the social media companies are the new town square and a small group of people in San Francisco can’t dictate free speech for the rest of us,” Hughes said.
“It needs to be an open exchange of ideas.”

The legality of the measure is being questioned by the experts. Hughes acknowledged that, if signed into law, SB 12 would almost certainly be challenged in court. He repeatedly referred to social media platforms as common carriers, though they have never been classified as such by law or in the court system. Common carriers, such as phone companies and cable providers, are private or public companies that transport goods or people and are barred by government regulators from discriminating against customers. 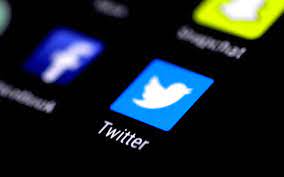 A Twitter spokesperson declined to comment specifically on SB 12, but said in a statement that the platform enforces “the Twitter Rules judiciously and impartially for everyone on our service — regardless of ideology or political affiliation — and our policies help us to protect the diversity and health of the public conversation.”

The bill heads to the House, where two identical bills have been filed but so far have not moved forward in the State Affairs Committee.

Sen. Roland Gutierrez, D-San Antonio, pointed out that while Facebook and Twitter would be included under the measure, websites such as Parler and Gab, which are popular among conservatives, would be left out because they have fewer than 100 million monthly users during Tuesday’s debate on the bill. An amendment has been proposed that would have lowered the threshold to 25 million monthly users, but it was voted down by a vote of 21-10.

The measure seeks to protect all viewpoints pointed by Hughes. Gov. Greg Abbott announced his support for the measure and chided social media companies for leading a “dangerous movement” to “silence conservative ideas [and] religious beliefs,” in a press conference earlier this month.

After former President Donald Trump was kicked off social media platforms following the incursion into the Capitol on Jan. 6, calls to reel in social media censorship online increased.

Sources: THE HILL, THE TEXAS TRIBUNE, THE WESTERN JOURNAL