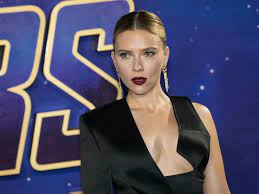 Hollywood actress said that actors should stick to acting instead; this is regarding the public compulsion to seek political statements from celebrities.

The statement was made during an interview with “The Gentlewoman,” a British magazine with Scarlet Johansson, 36, Hollywood actress.

“I don’t think actors have obligations to have a public role in society,” said the star of the popular superhero movie franchise.

“Some people want to, but the idea that you’re obligated to because you’re in the public eye is unfair. You didn’t choose to be a politician, you’re an actor,” actress explained.

She said that her job is not to give public comments but instead is to “reflect” life experiences and “be a mirror” for audiences to “have an empathetic experience through art.” That makes audience to “feel something.”

“They have an emotional reaction to it — good, bad, uncomfortable, validating, whatever. That’s my job. The other stuff is not my job,” she added.

Johansson has faced backlash numerous times in recent years with the “Marriage Story” regardless her desire to separate her views from her work.

People accused her of whitewashing, after she played the original Asian character movie “Ghost in the Shell” in 2017.

Johansson said that year “would never presume to play another race of a person” or want to play “a character that was offensive.” She called it a “rare opportunity” to play a female protagonist.

She then crossed the transgender lobby in 2018 after she took the role of a transgender man in the movie, “Rub and Tug.” She first defended her decision but eventually withdrew from that film after public outrage.

Many people online were upset when Johansson defended Woody Allen in 2019 amid sexual-assault allegations against him. Johansson and Allen worked together on films like “Scoop,” “Match Point,” and “Vicky Cristina Barcelona.”

Her decision in 2018 to accept a role as a transgender man in “Rub & Tug” also drew a strong reaction from people who said it was insensitive for a cisgender woman to take on the part.

She initially released a statement directing critics to speak with other cisgender actors who had played transgender characters in movies. She later dropped the project, saying she had “mishandled” the situation.But in July 2019, she told As If magazine that she “should be allowed to play any person, or any tree, or any animal,” reviving the controversy surrounding her “Rub & Tug” casting.

Johansson later told Insider in a statement that the comment had been “edited for click bait and is widely taken out of context.”

“Whatever my political views are, all that stuff, I feel most successful when people can sit in a theatre or at home and disappear into a story or a performance and see pieces of themselves, or are able to connect with themselves through this experience of watching this performance or story or interaction between actors or whatever it is,” she added.

“And they’re affected by it and they’re thinking about it, and they feel something. You know? They have an emotional reaction to it – good, bad, uncomfortable, validating, whatever,” Johansson explained.

Johansson is starring in the latest Marvel superhero movie, “Black Widow,” which was scheduled be released in movie theaters and on Disney’s streaming service on May 1, but was pushed back to July 9.