The pictures show Clinton’s closeness to the sexual predators.

Following Maxwell’s sex trafficking court appearance on Friday, The Sun obtained the never-before-seen photographs and released them for the first time on Sunday. 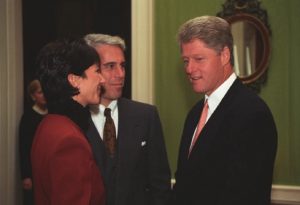 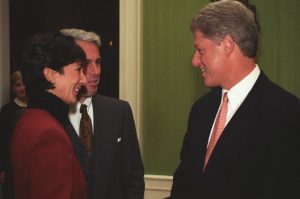 Clinton, who was a guest on Epstein’s “Lolilta Express” private jet at least three times following his administration, was acquainted with Maxwell and her late pedophile partner.

Clinton’s relationship with sexual abusers started even earlier than previously known, as shown by the recently published pictures, which were taken only one year into his first term.

Clinton has denied knowing anything about the crimes of Epstein and Maxwell.

“The White House reception — hosted by both Clinton and wife Hillary — was for people who contributed towards the £290,000 renovation via the White House Historical Association,” “Records pulled from the William J Clinton Library and Museum, in Little Rock, Arkansas, shows both Epstein and Maxwell’s names on the guest list.” the Sun reports.

Between 1994 and 2004, Maxwell was charged with eight counts of sex trafficking with Epstein. After being arrested on suspicion of operating a child sex ring, Epstein died in a New York City jail cell in 2019.

Despite the fact that his death was ruled a suicide, few people believe this was the case.