Mike Lindell described how top officials from several box stores called him to tell him about their plans to discontinue MyPillow products this year after January 9th, during his interview.

Far-left organizations like Sleeping Giants and others initiated a full-out assault on MyPillow to remove its products from major chain stores. It ended up being their loss. Mike says several sellers are now regretting the move and asking him to come back to their stores.

He also opened about the launch of his new social media platform “Frank” which is coming in weeks. The functions of the platform will work like Twitter and YouTube. Mike has already spoken with top conservatives about bringing their podcasts to the platform. And Mike says the size of the platform and its security system is impressive. 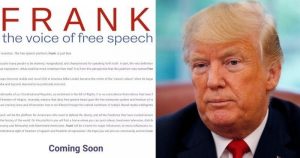 With the president’s plan to start up a social media platform, Lindell says he has spoken with Trump and his platform will not compete. “No, No, even on the other platforms that are out there. The more we have the more voices we have the better. But you have to realize is you see what my platform has is those videos that were taken down by YouTube, Vimeo,… there is a place for those videos on my platform… It’s very good for live-stream. It’s very good for video platforms.”

It can be remembered that recently, Mike’s movie on the 2020 election abnormalities was taken off YouTube and Facebook. Mike was banned from Twitter earlier in the year.

Mike said he was looking forward to seeing Mark Zuckabuck and Jack Dorsey sent to prison.