A mystery couple has been picking up the checks for other customers at a southwestern Pennsylvania restaurant.

An ordinary weekday for Jolie Welling turned into a day that her family will never forget — thanks to the kindness of a total stranger.

It started when Welling took her 6-year-old daughter, Sofia, to Applebee’s in Washington, Pa., to celebrate the kindergartner’s birthday with a party of 16 people.

Welling said, “We had drinks, appetizers, full-course meals. We brought our own dessert — we had cupcakes — but that’s pretty expensive right there.”

Then, as things were winding down, the waitress came to their table with a shocking announcement. What happened next felt priceless. 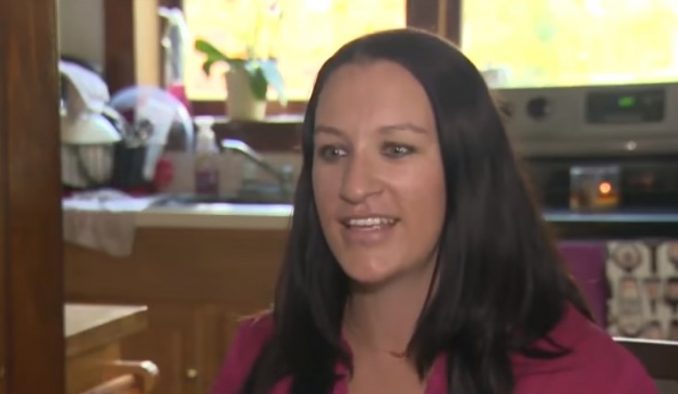 “(The waitress) came over and announced to the table that an anonymous person paid our whole tab, and we were like, ‘What? Who?’ She was like, ‘I can’t tell you, they want to be anonymous,’ and I was like, ‘Oh my goodness,’” Jolie said. “The next thing, when we finally realized it, we started tearing up.”

Bernie Lewis, the restaurant’s assistant manager, says she has sworn to keep the couple’s secret.

Powell knows them, too, and says they own a local business. She says the man once told her he pays others’ checks because “I grew up poor and now I’m not.”

Indeed, this turned out to be a day Jolie Welling and her family will never forget, all thanks to the kindness and incredible generosity of a total stranger.

And, Jolie says it’s the best gift her daughter could have ever gotten.

“Life is so complicated as it is, and you just work and work and work and struggle, and you try to enjoy every moment you can, and having my 6-year-old see that someone did this act of kindness really shows her that there are good people in this world.”

“I think it was the sweetest thing anyone has ever done,” the grateful mom added.

WTAE-TV reported, As for the birthday girl, she says the gesture made her happy, and she guesses her awesome party must have cost “100 million dollars.” Luckily, it wasn’t that much, and her mom plans to pay it forward and surprise another family the way the stranger did hers.

But, this story gets even better.

According to CBS Local reports:

This isn’t this kind stranger’s first time being such a blessing to unsuspecting strangers. In fact, the husband and wife behind the act of kindness often sit at the bar in the Washington, Pennsylvania Applebee’s, looking for someone to bless.

Three or four times a week, they eat at the restaurant. A few times a month, they randomly pick up the tab for some diners, who get to benefit from their generosity. 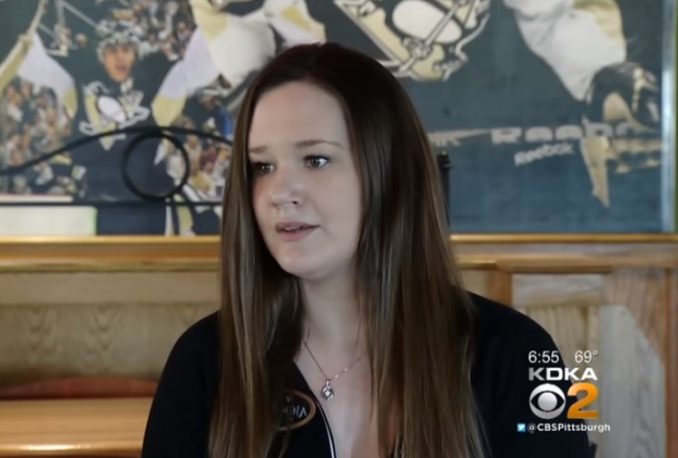 Read more of this story from Taphaps:

“I was almost in tears,” Samantha Powell, the waitress who served the Welling party, said. “It touches me, too,” she added. “They were just so surprised. They were like, ‘Oh my god. Who? Who?’ and they were looking around and wanted to know who it was, but I would not tell them,” she continued. “He approached me to tell me to give him the check for that table.”

The same happened to Darla Pepper-Miller and her group six months prior when the music director at the Church of the Covenant in Washington was celebrating the birthday of one of the choir members. When the time came to pay the bill, they too were told it had been taken care of.

“Just gratitude because of everything going on in the world and so much turmoil and protests and hatred,” Pepper-Miller recalled feeling when she found out someone had picked up her tab. “It’s good to know that there are people that care about each other and give, pay it forward.” Like Jolie Welling, Pepper-Miller was also inspired by the experience to pay it forward.

According to Applebee’s, the unnamed good Samaritans own a business in the area, and they have dined and picked up other people’s meal tabs for years, the New York Post reported. Although Applebee’s Assistant Manager Bernie Lewis says she’s been sworn to secrecy and won’t reveal their identities, Powell said that the husband in the duo once explained to her why he does what he does: “He always says, ‘I grew up poor and now I’m not’ and that is all he says.” And, that says plenty.