Unless you buy a home that is absolutely brand new construction you never really know what has gone on in that home up until the moment your moving truck pulls up.

Look at the case of the people that were getting ready to remodel their bathroom and found a time capsule from the people who lived in that house something like two decades and change before that remodeled their bathroom way back when.

When my folks bought a house thirty something years ago, there was this little area where I am assuming the kids that lived there first would hide candy or something like that in this little cubby hole or sorts that they cut out of the wall.

Now, while it might be exciting to find a twenty year old pack of candy in a plastic bad, one guy found something even more shocking underneath his home after knocking down a wall in his basement – the secret entrance to a lost underground city.

While renovating his home in the Nevsehir province in the country of Turkey, one man knocked down his basement wall. The year was 1963. And behind the wall, he found the entrance to this underground city that was lost for years. He walked into a system of tunnels that no one knew about. 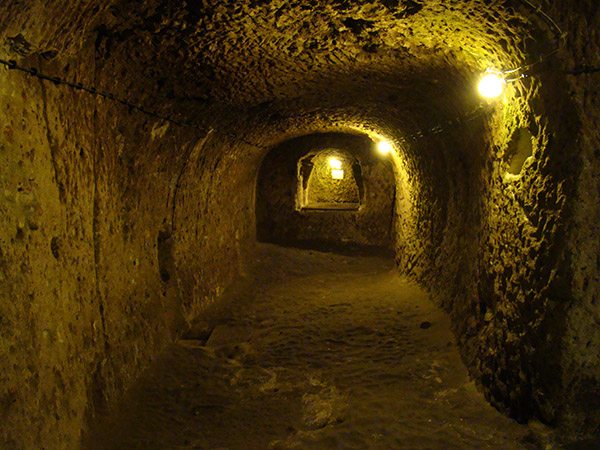 And after a bit of investigation, it was verified that this man found the underground city of Derinkuyu. It was lost to history for hundreds of years. The city is one of many underground locales in the area. They were great at beating the heat. But Derinkuyu is special because it is massive.

Although there are bigger and more majestic underground cities built into the rock in the area, Derinkuyu is the deepest. It is more than eighteen stories under the surface. 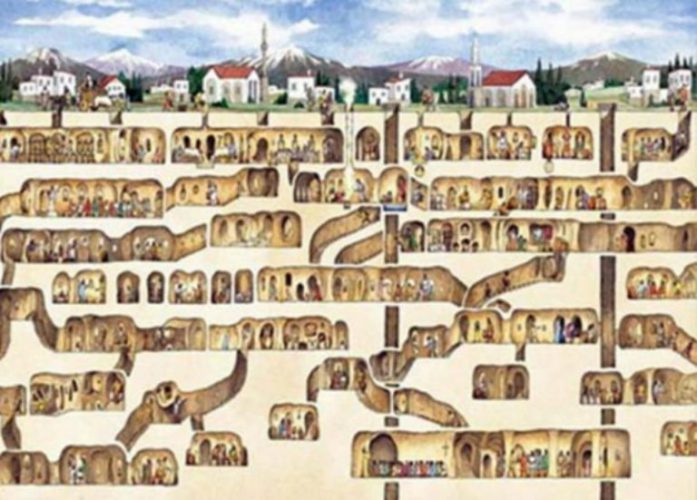 Experts believe that the underground city was built in the Byzantine era sometime between 780 and 1180 AD. Although the city would have been cool in the summertime, that was not the only reason people would use it. Experts believe that it was originally created to bunker residents during war or in the event of a natural disaster. 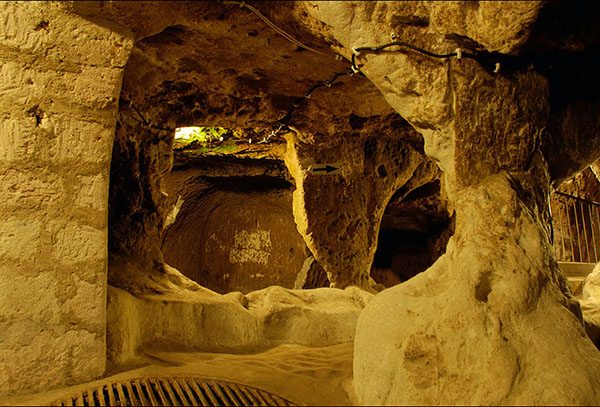 The reason researchers argue that the city was built to protect people from war has to do with its construction. The underground fortress has doors that close from the inside. This means intruders could not get deeper into the complex, which could house more than 20,000 people at once along with their livestock. Each story of the city could be closed off from the one surrounding it. It was very safe for the people. 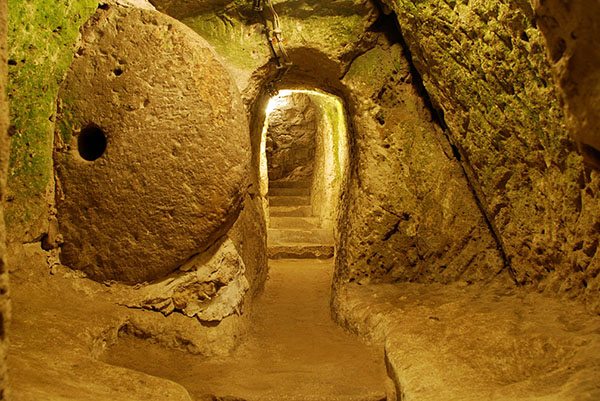 Since the city was found in the 1960s, it has attracted tourists from all over the world. People flock to the province in central Turkey to tour the city. It opened to tourists in 1969. You can visit about half the underground fortress.

If the man who bought the Turkish house had not wanted to “remodel” his basement, he never would have found the historically magnificent city. 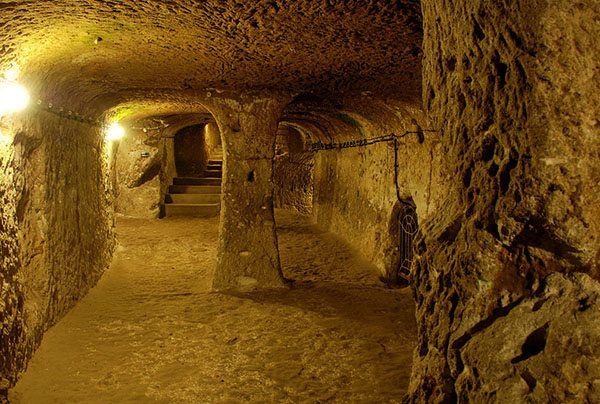 Image what could be lurking behind a wall in your home.